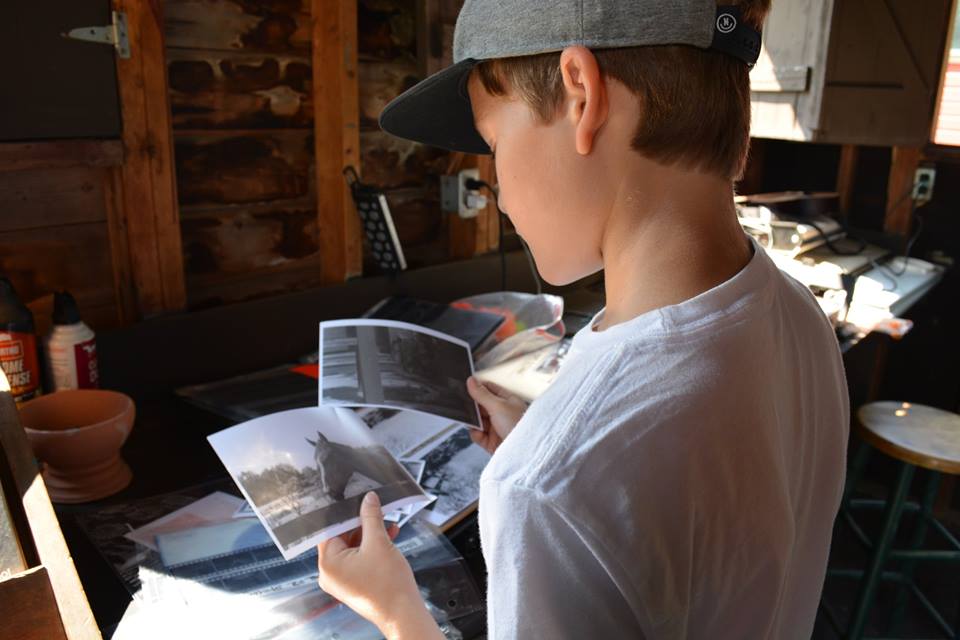 When people talk about the death of the written word and the breakdown in modern communication, one of the things they most often point to as a sign of these new times is the fact that nobody sends each other letters anymore. The replacement of lengthy correspondence with emoji-laden text messages is supposedly one of the more tragic symptoms of society’s collapse since, like, there’s no possible way a smiling poop could ever replace the rich treasure trove that is our written language. It’s a travesty—an outrage! Or, you know, maybe it’s not.

Despite being a writer and editor by profession, and therefore, like, a relatively big fan of words and using them, I tend to be less sentimental than most about how language usage is evolving because of technological innovations. In part this is because I feel like, thanks to smart phones, my kids and I communicate far more than I ever did with my parents. And I kind of like getting all-emoji messages from them! It’s just straight-up fun to see when they use the upside down smiling face as compared to when I do. (Admit it, you love it too.)

But also, I think the reason that I’m pretty relaxed with how my kids do and don’t communicate with me throughout the year is because I know that, come summer, a whole new avenue of communication will open up to us: Letters from camp. (Okay, well, maybe some kids send literal letters; mine send emails, but it’s the same thing. No, really!)

When you’re communicating with your child while you’re both under the same roof, there’s a laziness attached to the whole thing

My kids’ letters from camp are amazing precisely because they come at a time when not only is the way our society communicates drastically changing, but so is the way that they and I communicate with each other. While every parent-child relationship is different, one thing most parents I know have experienced as their children grow into young adulthood is a breakdown in face-to-face communication. Maybe “breakdown” is too fraught a word; the changes that often come in how we talk to our kids and how they talk to us can perhaps be more fairly said to be evolving than deteriorating. But the fact is that when you’re communicating with your child while you’re both under the same roof, there’s a laziness attached to the whole thing, a mutual understanding that you can get by without saying too much, because you kind of already know what’s going on in each other’s lives. (You do live together after all.)

This level of familiarity leads to a sort of conversational shorthand, featuring lots of simple questions asked by parents: “Is your homework done?” “How was school?” “Did you empty the dishwasher?” “Can you please pick up the towels from the bathroom floor?” And lots of simple answers given by children: “No.” “Fine.” “Yes.” “Yes.” Sure, there are sometimes more meaningful exchanges, but for the most part, you fall into a conversational rut with your kids, as they do with you.

This all changes when they’re away at camp. Suddenly, you don’t know what they’re doing every waking hour; their days are filled with mysteries, ones that you can only learn about by asking them real questions. But then also, your days are suddenly mysterious to them. (Do not think this necessarily means that they will ask you about yours—they’re still kids, after all—just think of it as being material for you to write about in letters to them.) The point is, though, that you will now have questions to ask them that have nothing to do with the banalities of every day life at home. You will have real things to ask about. And you will get back real responses in return.

Or, you know, you might not! One of the things I’ve found most amazing about writing and receiving letters with my two children is that even if I write vaguely similar things to each of them, I get back wildly different replies. One son makes a point of writing long and detailed emails, full of information about the highs and lows of everything he’s experiencing; the music he’s making, the play in which he’s performing, the friends he’s meeting. He asks questions about me and what’s happening in my life. It’s incredibly revealing about who he is as a person: empathetic, considerate, curious, and serious.

My other son, however, rattles off pithy missives, full of jokes and intentionally misspelled words. He rarely asks how I am, and doesn’t reveal too much detail about what’s going on in his life, and yet it’s impossible not to read between the lines and get a full picture of his life at camp, one reflective of his personality: vibrant, spontaneous, full of humor and light.

As I now enter the sixth year of having a child enrolled at Ballibay, I realize more than ever how much the letters they send me are an important part of the camp experience—at least for me, but I”m sure also for them. It’s a way of getting closer to my children, even as we separate from one another. It’s a new way to get to know them, and to figure out how to communicate with one another, and share the news of our daily lives and thoughts and feelings. It’s learning to talk to one another as more than just parent and child, but as people who are engaged in different activities, who exist in different spheres of influence. It’s a way of telling each other “I love you” and “I miss you,” of asking “how are you,” and really meaning it, not just saying it without thinking.

And because no iPhones are involved, it’s a way of communicating that can’t possibly involve the poop emoji—that can be saved for the rest of the year.