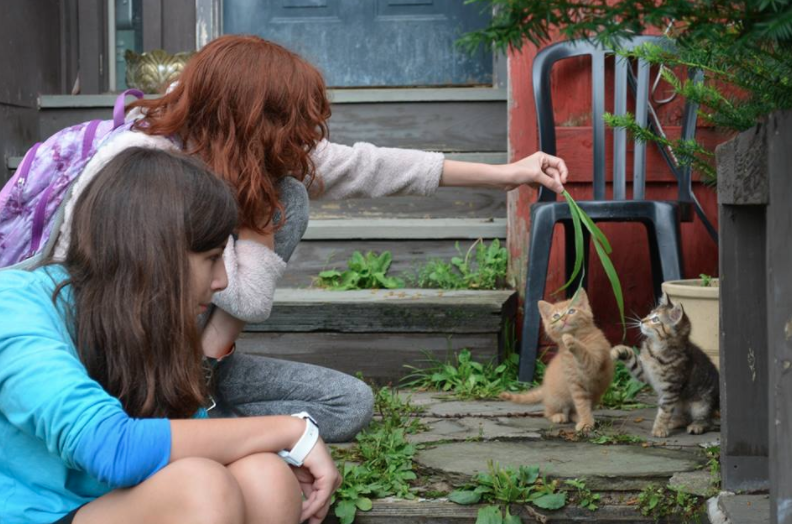 One of my favorite parts about the whole summer camp experience is getting letters (in the form of emails) from my children. While conversations with them can sometimes be semi-frustrating experiences centered around dragging information out of them, news just tends to flow when they’re writing about their camp lives in letter-form. It’s a different way of getting to know them, and interesting insight into how their minds work. (Sometimes very interesting, as when one child remarked that he can’t stop thinking about how climate change will ultimately lead to the underwater submersion of New York City, but other than that, he’s having a great time.)

Anyway, in a recent email, one of my son’s told me with clear excitement that he had been cast in two different Ballibay productions, Anne of Green Gables and The Addams Family. Both parts were prominent, and both seemed perfectly suited for him. I was thrilled, knowing how much he loves acting at Ballibay, and how much he’s enjoyed it in the past. So a follow-up email surprised me, because he wrote that he would probably leave one of his roles, since coordinating the rehearsal schedule was quickly proving difficult. He then continued on to talk about the rock band he would be a part of, and how he had tried playing a saxophone for the first time and really liked it, even if it did make his lips kind of numb.

My son was doing what was right for him, and declining to overload his schedule in such a way as would be overwhelming

Upon reading the email mentioning wanting to leave one of his much-coveted roles, I found myself initially wanting to write to him to try and find some way to still play both parts. After all, I thought, camp only comes around once a year, might as well stuff in as much activity as possible. But I refrained, because once I considered the situation a little bit more, I realized that my son was doing what was right for him, and declining to overload his schedule in such a way as would be overwhelming for him, and probably prevent him from fully enjoying anything he was doing.

As a camper-directed program, without the rigid schedules of so many other summer camps, Ballibay offers children the incredible opportunity to learn how to prioritize without adult interference. This is an extraordinarily rare and incredibly powerful gift. We all know the adage, “With great freedom comes great responsibility,” and we can see it in action at Ballibay. Campers have the opportunity to do whatever they want with their schedules. In some cases that can mean taking it slow, using their days to do everything from play with the camp’s resident kittens, or stare at the clouds in the sky and marvel at the way they look like nothing so much as clouds. In others, that can mean packing their days with horseback rides, play rehearsal, dance practice, garden duty, band jams, and so much more. But the point is that kids get to choose what they want for themselves.

We all know the adage, “With great freedom comes great responsibility,” and we can see it in action at Ballibay.

And with my son, he realized that he values a lack of stress more than anything else. This is a lesson that I am thrilled he can take back with him to his regular life of school, friends, lessons, clubs, and other activities. As important as it is to give our kids opportunities so that they can lead enriching, stimulating lives, it’s just as important to give them the opportunity to guide themselves through it all, and choose what it is they really want to do. It’s a lesson I know that I (and just about every parent I know) could still stand to pay attention to. I multitask to a degree that definitely ups my stress level, and I rarely consider saying no to things that I want to do, because, well, I want to do them. But the next time I find myself about to participate in something that I know I don’t have the time or energy for, I’m going to pause and think about how Ballibay has taught my kids to prioritize, and try and implement that into my own life.