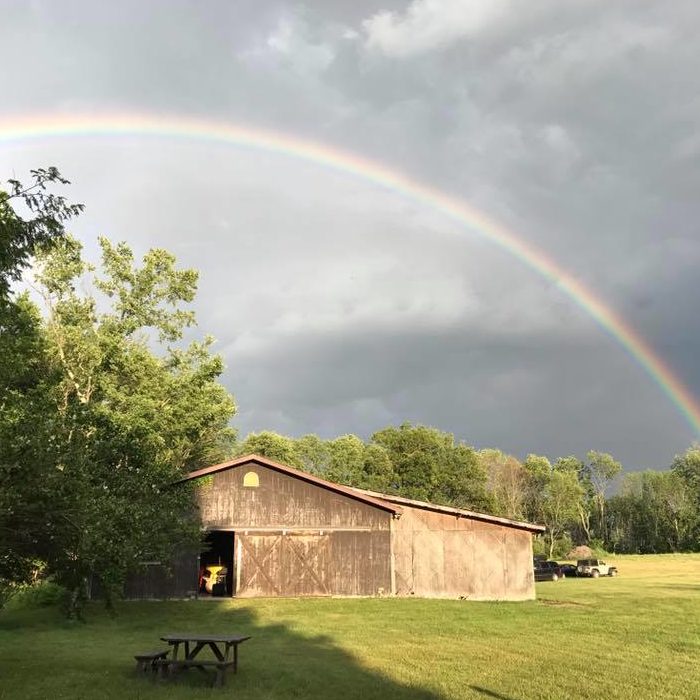 Guilt. We’ve all experienced it when it comes to our kids, right? It can feel like it’s simply an inescapable part of being a parent, a companion about as welcome as, say, bed bugs, and just as difficult to vanquish.

Perhaps the worst part about parental guilt is that it often attaches itself to some of our greatest pleasures. This includes the joy with which we send our children off to summer camp, assured in the knowledge that they’re about to spend two or three or more weeks in a new and nourishing environment which they love.

But then the questions and comments from other parents, or even friends who don’t have kids, start. You know the ones: “But aren’t you going to miss them?” “I just don’t think I could be away from my kids for that long.” “Don’t your kids miss you?” “I’m sure my child would not be okay being apart from me for that length of time!”

“But aren’t you going to miss them?”

And, okay, sure, maybe passive-aggressiveness at this level shouldn’t bother us, but we’re only human! Plus, for most parents I know, there’s not much that we’re more sensitive about than the well-being of our kids and the quality of the level at which we’re raising them.

I mean, just consider this relatively short list of the seemingly infinite things that I—and many parents I know—feel guilty about when it comes to their kids:

I could go on! But I won’t, because, as I said, this list is basically infinite. It’s also kind of… absurd. Everything listed is something that might induce feelings of guilt, but nothing that would ruin your child’s life or make you deserve the dreaded (imaginary) label of “bad parent.”

It’s funny, really, that even something which we know to be a sign of “good parenting”—i.e. nurturing a love for the arts and fostering independence and extended periods of creativity—can lead to feelings of guilt. It makes some sense when you consider how much our identities as parents are tied into our identities on the whole. And so when we spend a few weeks without our kids, it isn’t just our image of ourselves as parents that needs to be reimagined—it’s our entire image of who we are, period.

It can be difficult to adjust to a guilt-free way of living—believe me, I know.

And this can be scary! Also, guilt-inducing. After spending so many years wrapped up in our identities in relation to someone else, when that person is gone, who do we become?

Um, we become ourselves again—and should do so unapologetically. Which is to say, sleep away camp is a time when parents can partake in all the activities which they might not be able to so easily do with their kids around. Maybe this means taking a weekend—or full week—away. Maybe this means multiple nights out in a row. Maybe this means staying in bed on Sunday morning binge-watching Game of Thrones. The choices are endless, really. And, most importantly, they’re yours.

It can be difficult to adjust to a guilt-free way of living—believe me, I know. It’s unfortunate that modern parenting comes with this particular type of stress. But if your guilt is related to sending your kids off for a few weeks each summer, just pause for a moment and reflect on whether or not this guilt is misplaced. It probably is! Particularly when you know your kids are having a great time without you, and that they’ll have a better time with you when they get back if you’ve actually managed to enjoy their time away.

And really, there’s so much to enjoy without kids around. I mean, may I reiterate: Game of Thrones is coming back soon. No regrets.

And when those two things collide, when, for example, something involving our kids costs quite a bit of money, it becomes a thing. It becomes one of those situations in which we hem and haw and wonder if we’re doing what’s right when it comes to both our children and our finances, and almost instinctively bristle against advice from well-meaning friends and family. Because nobody else can possibly understand what we’re going through, right? And, ugh, why can’t these kinds of decisions just be easier—and cheaper—like they undoubtedly were when we were kids??

I am, of course, talking about summer camp and the way in which its expense weighs heavily—and understandably so—into the decision-making process for parents. More than that, though, I’m also talking about how important it is to, well, talk about these costs and any angst that accompanies them. I think that what many parents risk by privately fretting about the price of summer camp is potentially missing out on realizing summer camp’s actual value, which is tremendous.

A bit about me: I’m a divorced, full-time working mother of two boys, who lives in a not-big-enough apartment in Brooklyn and cuts corners in a variety of different ways. I'm also someone who can’t really imagine not finding a way to send my kids to sleep away camp—and very specifically Ballibay—for a few weeks every summer. I was lucky enough to first be introduced to Ballibay via a silent auction at a charity benefit, during which I won two weeks of art camp for my then ten-year-old son.

I’m not sure who was more excited, me or him. Just kidding, it was totally me. I had always wanted to go to sleep away camp as a kid, but never did. And an arts camp? With drama? And music? And horses? I mean, it was a dream.

Plus, as a working parent during the summer, I was always scrambling to find an adequate day camp for my kids, one which didn’t require me to leave work a couple hours early. Most importantly: one which my kids actually liked.

And the thing about most day camp programs, particularly art-based ones, in cities like New York, is that they’re really expensive too. They also don’t have the benefits of sleep away camp, like, the fact that three meals a day and every other perk imaginable is provided. Plus, you know, sleep away camp meant that my son would actually be, like, sleeping away from home. It would give me a respite from worrying about whether or not his summer was fulfilling and fun, and give me a little time of my own to enjoy to boot.

None of this really would have mattered, of course, if he hadn’t liked camp. If Ballibay hadn’t been the right place for him, if he hadn’t felt stimulated and energized and engaged, then who cares? But the thing is that he didn’t just like it—he loved it. Though it’s now almost six years ago, I can immediately recall the mile-wide grin on his face on the night I came to see him perform as one of the von Trapp children in the end-of-session musical theater night.

Soon, he regaled me with tales of bonfires and dance performances and horses and swimming and card games taught by ultra-cool counselors and the delicious food he ate every day. (Seriously, one of the things my kids miss the most about Ballibay is the incredible camp food; finally not a conceptual oxymoron.) If there had been any doubt that this experience would be anything other than superiorly beneficial for him, that was all wiped away in an instant. He loved it, but he also grew from it; he’d gained an independence and an ineffable maturity in those couple of weeks.

Still, though, in gearing up for the next summer, I was a bit hesitant before registering both my sons for Ballibay. I had no doubts about the camp, but I still had some feelings of guilt, I think. Which, you know, another thing that issues surrounding both money and kids share is guilt. It is almost impossible as a parent not to feel guilty about decisions we make surrounding kids and money. And even those times of feeling no guilt—like when I realized how uncomplicatedly nice it felt to be child-free for a couple of weeks, knowing that my kids were happily occupied—inevitably leads to feeling guilty.

My guilt resided in the fact that I knew there were cheaper sleep away camp options out there, and maybe it would be smarter to explore some of those too. So that’s what we did that second summer; there would be two weeks of camp at Ballibay and two at a Y camp that was about half the cost. Probably it was for the best that we did those two camps back-to-back, because without having that comparison, we wouldn’t really have known that there was, well, no comparison.

While my older son (always a more easy-going kid) found the Y camp to be okay and “totally fine,” my younger son hated it. He didn’t like the inherent competition in every activity, he rebelled against the strictness of the programming, he was bored with the lack of creative options during elective play time. They both couldn’t stand the food.

Ballibay, though, was wholly different. It felt like a true alternative to the typical sleep away camp, and it was one that my kids fully loved. It’s become a part of who they are, really, since it allows them to have a significant amount of time each summer away from home and on their own, in a supportive space that encourages them to direct their own schedules and lives. And while the cost is not insignificant, neither is the experience they’re getting, one which is educational and fulfilling and exploratory and truly self-led in so many more ways than, say, a five-day Disney vacation would be. (And, hey, it’s not even as expensive as that would be, anyway.)

There’s no simple way for any parent when it comes to making big life choices about their kids, or, for that matter, their money. And for some families, sleep away camp—or any camp—simply isn’t an option. But for those who are contemplating it, but just feel doubtful that it’s the right thing to spend money on, I would just advise that they think of it not as a frivolous expense, like trendy new clothes. Think of it, rather, as an ancillary part of our children’s lives, the kind of thing that helps make them who they are and encourages them to develop more deeply as themselves.

There’s a cost on this, for sure—as there is on everything from SAT tutoring to music lessons to buying books—but there’s no way to put an easy value on it, because when I think of what it is that my kids have gained over the last handful of years, the only thing I can think is that it’s all been priceless.